I gotta admit I’m a fan of whisky. I find it really fascinating how a strong spirit can change so much in taste by just sitting in wooden barrels for years. One good place for information about whiskys is the Whiskey Vault YouTube Channel. After watching too many of their video, I decided to join their community and stumbled with that on their merchandise, which included a challenge coin.

When I saw this coin/glass lid I knew I wanted one but the steep price for such a small item wasn’t really attractive. If you live in the US, that price would still be somewhat reasonable, but when you have to ship the item over to Europe and pay additional taxes, you start to think twice if you really want it or not.

I started thinking that could I replicate or make a product similar to this one myself. The lid feature was essential and the toast message was a high-priority nice-to-have.

*The image is taken from whiskeytribe.com shop 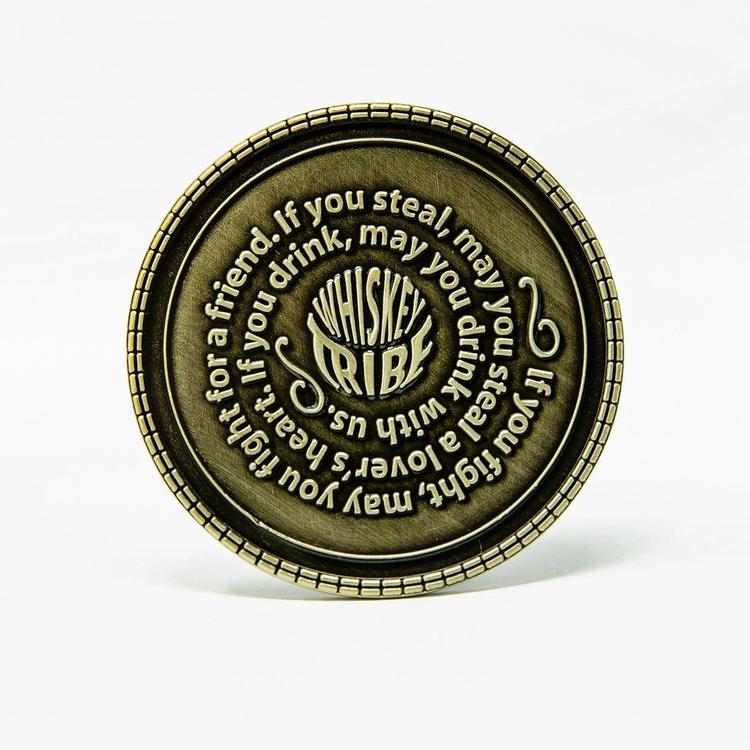 There were some ready-made designs for whiskey glass lids.

I took one of these, imported it into Tinkercad and tried to work with it. Apparently changing from a .stl-file to something workable doesn’t really work out nicely and produces overly complex points in the model versus how simple the design actually is. I would have been able to do this with Tinkercad but due to its lack of precision, I felt that I needed something better.

I hadn’t before made any particular 3D models so each software was a little challenge in itself. After giving up with Tinkercad and the usage of pre-made models, I decided that I would need to create the lid from scratch. 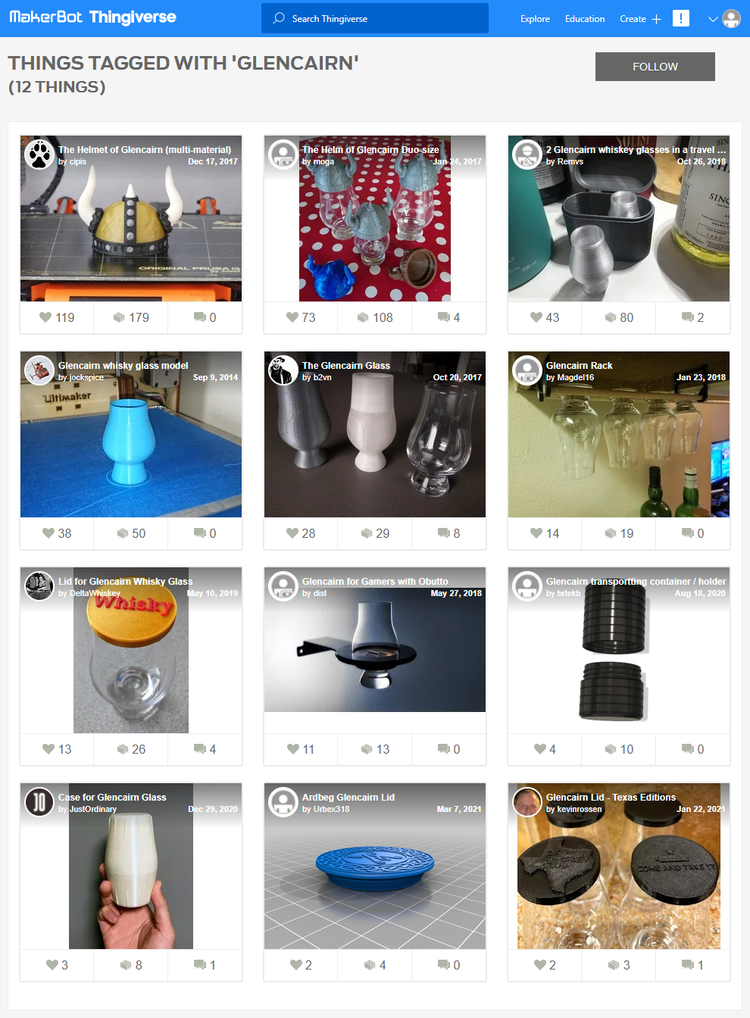 I had previously made sketches for laser cutting in Fusion but creating 3D models was something new. After a little investigation, I found all the same tools that Tinkercad has and I was able to create something.

For simplicity, I split the task for myself into four parts, four parts that should be printed on top of each other to form the final lid.

I got the toast message from the actually products image, cleaned it up in Gimp with contrast and partially fixed issues by hand, and finally converted the image into vector format so that it could be imported into Fusion. 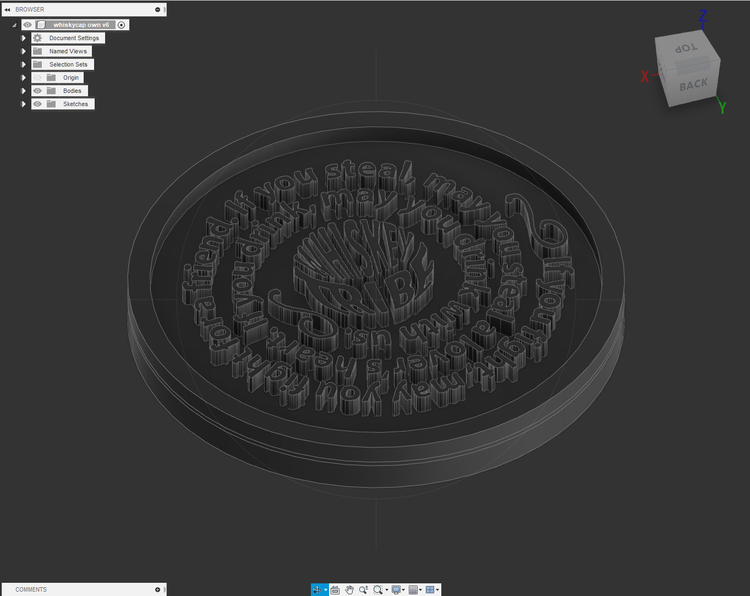 I had used a digital ruler to get the dimensions of a Glencairn glass and used those to create the initial model, leaving a generous 0.5mm additional space the for glass edge cutout.

My friend Hekeke printed out this first proto with his Prusa i3 Mk2.5S, using Clas Ohlson PLA and 0.25mm nozzle, 20% infill gyroid (Some printer nerds might find these stats interesting).

Check out Heke.io for more awesomeness

After the print was done we noticed that the PLA had shrunken a tiny bit, but so much that this piece didn’t fit anymore on top of the glass. I guess my tolerances were too strict and I should have made it larger to also take into account the paint and lacquer I had planned on using. In the image, I had cut the piece to see how much wider the lid would have to be. 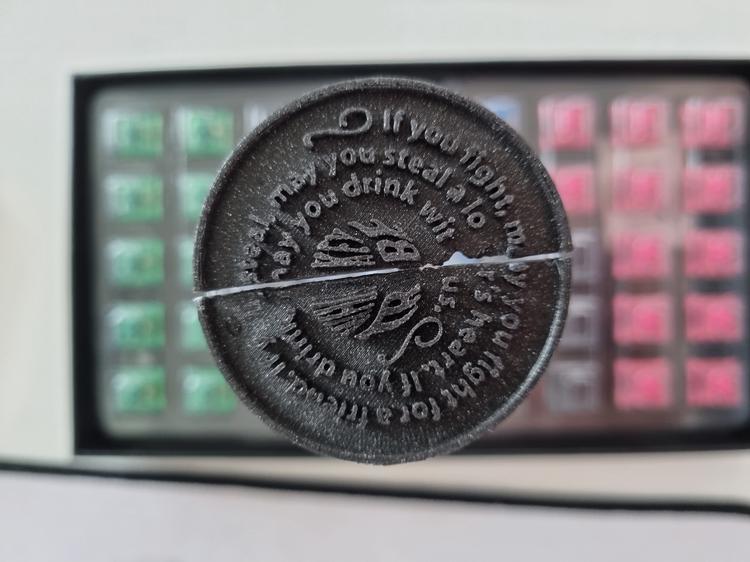 I enlarged the whole model in diameter by 2mm and made the gap for the glass edge also significantly wider. These values were pretty safe to work with but also caused 3D-print wise a larger overhand which might have caused issues when printing.

I finally received 4 lids that worked well. I painted them with several layers of enamel gold paint (same stuff as used with miniature cars) and gave them finally several coats of spray lacquer. 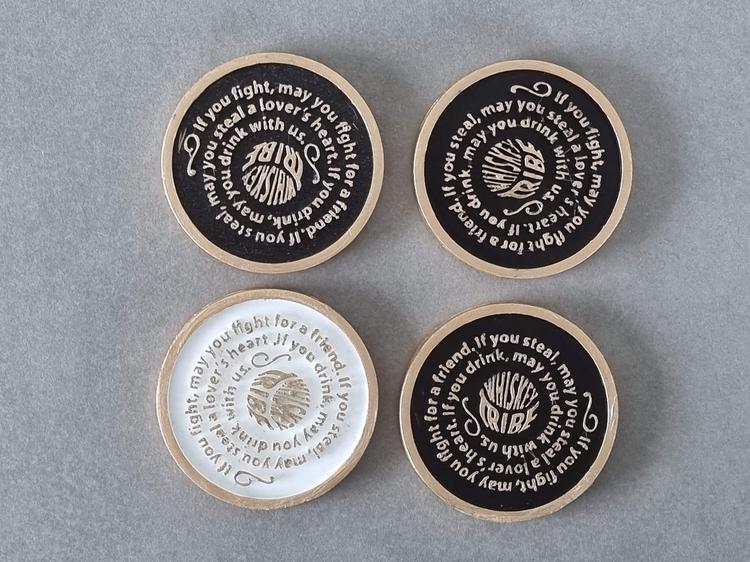 I feel that the end result turned out really nice. The original product still blows this out of the water but for my own use, these will be enough. Also, every time you create something yourself, you feel better using it due to the attachment and memories you have with making the product.

I still haven’t tried the product with whisky but as of writing, I have all the lids soaking in whisky water to get rid of or override any smells from the paint or lacquer. Making these lids also creates the need to have a whisky evening with my friend, it’s really important to test these with good company 😉 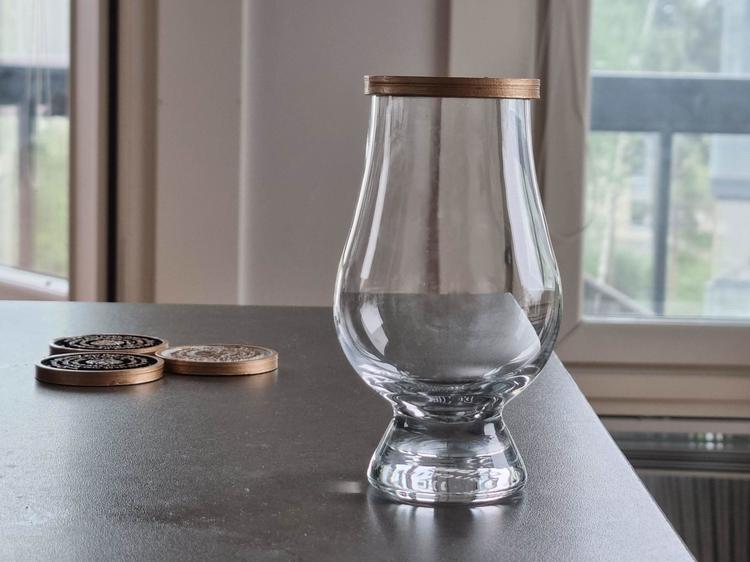 If you managed to get this far, I’ll salute you! Let us toast for this project

If you fight, may you fight for a friend. If you steal, may you steal a lover's heart. If you drink, may you drink with us.

I’ve received some complaints about this product as some say I’m fully ripping off the store. The whole intention with this tinkering has been to be able to enjoy whisky in a new way without having to pay over double the price 43$ (product price + shipping and taxes) for the product. This is compared far from perfect and only meant for personal use. I also have no plans on sharing the .stl-file because it’s an overly simple 3D object and the text/image on it is very poor quality, especially for 3D printing.

Check my other posts

This is a thing I've wanted to do for a long time but it makes no sense to buy a whole barrel for yourself. Come and share a whisky cask with me!

I'm holding a presentation about mechanical keyboards at Fraktio on the 10.12.2021 at 16:00. The presentation can be attendes physically but you can also tune in via stream.